It has been a well-known ‘secret’ for some years that development is coming to the Scotiabank wedge site along with the Weston Park Baptist Church land at Weston and Lawrence. Rumours have abounded for years regarding this mega-site, painting all kinds of scenarios incorporating housing, a community / recreation centre as well as a replacement church. A new home for Frontlines was also mentioned in the rumours.

A ‘preliminary discussion’ meeting has been set up by Councillor Nunziata with the idea of ‘gathering input and ideas’.

WPBC entered into a joint venture with developer, Castlepoint Numa in June last year and according to their website the church was expecting to be shown proposals for the entire site by last fall. Based on that information,  I imagine that the ‘input and ideas’ stage has passed – but I then tend to be cynical.

Castlepoint Numa seems to be well regarded however, it was in the news a few years ago after one of their developments in Toronto’s Junction neighbourhood failed, disappointing about 150 people who had paid deposits. The building would have been a ten-storey condo. According to the Star, one of the people left high and dry was none other than a son of Mayor Tory. Although the deposits were refunded, buyers were left several years behind in the ever rising tide of Toronto home prices.

The explanation given for cancelling the project was Castlepoint Numa’s inability to obtain financing thanks (they claimed) to the city’s slow approval process. Read more here and here. There is evidence that Castlefield Numa may have done this more than once.

This will be another important community meeting that will help guide the development of our ‘downtown’. We all know that development is inevitable and probably a good thing if it results in a building that works to enhance Weston rather than detract from it (as so many have done in the recent past).

Vintage Toronto has a neat virtual exhibit on Kodak Heights, the photography plant that used to be a major employer in Mount Dennis.

The Toronto Public Library will be bringing a pop-up learning lab to Weston in March.

A developer has applied to the city to build a 35-storey tower on Locust Street, a short, dead-end residential street in Mount Dennis near Eglinton and Weston Road.

The tower would include 374 units, and would back onto Oxford Drive.

The developers will ask the city to change the planning rules for the area, which currently allow only buildings 4-storeys or shorter.  They argue that this is justified because the building will be near the new Mount Dennis Station.

The developers argue—oddly, if you ask me—that the building “is appropriate and desirable and would fit harmoniously” within the area. That seems a little optimistic.

This would be the tallest building in Mount Dennis by a large margin, but will be on a tiny, dead-end residential street, on which two cars can’t pass if a third is parked. It’s far too large a building on far too small a road. It’s not appropriate, desirable or harmonious.

I knew I would forget one, and so I did! Frontlines is hosting its annual Greatness dinner. I went once, far too long ago, and it was good fun for a great cause.

The dinner will be Saturday, 18 April 2020 at the Weston Gold and Country Club. 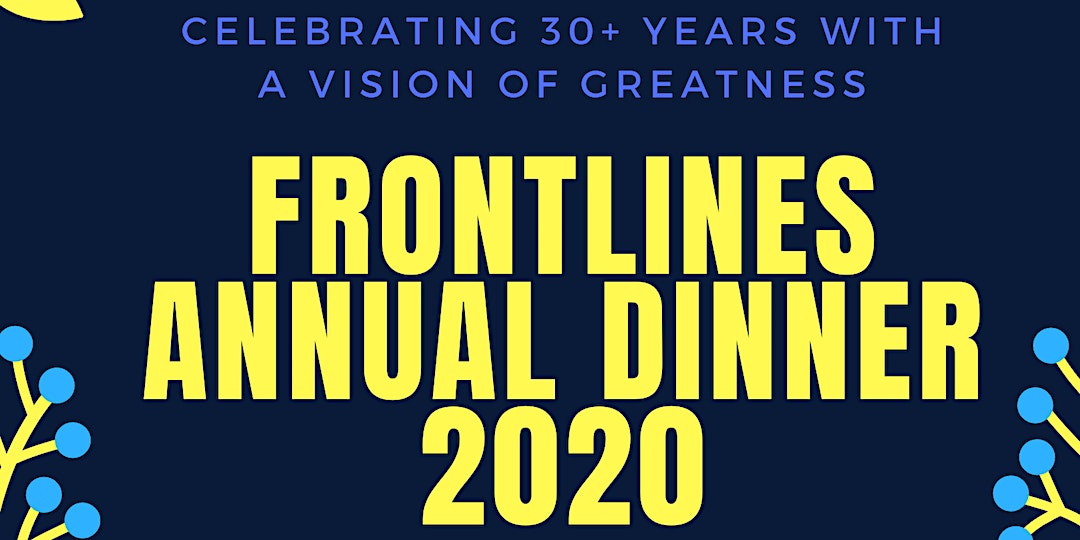 There are a million great things going on in Weston in the coming weeks.

UrbanArts has a Beats Mind Movement showcase on Friday, February 21.

The York South–Weston NIA is hosing a celebration of International Women’s Day on Friday, March 6.

Frontlines is hosting a March Break camp from March 16–20.

Drivers have seen it for years; the steady decline in courtesy and good driving on our roads. Pedestrians and cyclists have noticed it too – yes, sometimes from our fellow pedestrians and cyclists. We’re at the stage now where drivers routinely blow through stale yellow and even red lights. People who think their time is more important than everyone else’s safety weave in and out, cutting people off and travelling at dangerous speeds. Many vehicle plates are covered with dark plastic to avoid detection and window glass is tinted far beyond legal limits. Police officers on our streets are a rare sight – unless on paid duty at a construction or road work site. There doesn’t seem to be a shortage going on there.

Despite the wild west type driving experiences of recent years and the increasing number of deaths and injuries on our roads, there has been a steep decline in the number of traffic violations in our city. Police issued 140,000 fewer tickets in 2019 than they did in 2009. Careless driving charges dropped by 44%.

So what’s going on? We have 5400 uniform and non-uniform police officers in Toronto – where are they all? How do they spend their time? If they’re not on the roads, where else could they be? Since tickets are down, they can’t all be in court or doing paperwork. They also respond to fewer types of complaints. Noise issues for example now go to a city by-law department.

Is it a morale problem? Are police having a giant snit because their numbers are down? Why is Mayor Tory not doing something? The failure of Vision Zero was not properly addressed and a name change to Vision Zero 2.0 was seen as the answer. What about Chief Saunders? The whole point of a police force is to protect lives and property by enforcing the law. Effective policing acts as a deterrent to further criminal behaviour. Visibility is part of that deterrence aspect.

In the U.K. beefed up road policing is seen to be effective in combatting other crimes. After all, criminals use the roads and they’re often driving badly. More enforcement on our roads would uncover more criminal behaviour.

In the meantime, we need answers from Mayor Tory and Chief Saunders. The solution belongs with them but neither one seem to be owning the problem.