Here’s a little taste of what WestonWeb was covering a decade ago.

In September 2010, crime was a big issue with a rash of muggings and a double murder. Eighty people met in support of Olympic Variety in Weston Village. Have we settled down since then? I’d like to think so.

A Weston retirement home was coming under scrutiny – beginning a long saga that (we think) ended last year.

John Tory was about to referee a local mayoral debate for the 2010 civic election. Rob Ford, endorsed by then and current councillor Frances Nunziata was the surprise winner of that race. No doubt Tory foresaw his own 2014 candidacy at that meeting.

Lions Park’s soccer field was undergoing extensive preparations before being covered in artificial turf – it has proved to be an incredibly popular year-round attraction.

Urban Arts had completed a new mural and Toronto Council looked as if it would do something for Weston cyclists. Sadly a golden opportunity to build a path along the rail tracks was lost and ten years later the dangerous ‘Supercentre’ gap in the trail is still there.

Finally, speaking of rail tracks, the Clean Train Coalition (who successfully lobbied for an airport express station in Weston) was rallying in support of electric locomotives for the then unbuilt and unnamed UP Express. That dream is still a few years away although GO electrification plans will allegedly be developed by next year.

UrbanArts and Artscape Weston Common have been hosting “Run It Black” for the past few weeks, and this Thursday will be their third (of six) live showcases.

You can tune in at 6:00 on Facebook Live to see Mighloe, a Toronto R&B artist perform.

UrbanArts says the series came about to respond to current events:

In response to anti-Black racism, Artscape Weston Common, in partnership with programming partner, UrbanArts, and non-profit organization, MANIFESTO, has launched the ‘Run It Black’ live showcase series to amplify voices of young black artists, celebrate the rich diverse culture in Weston and Greater Toronto Area, and provide paid and safe performance opportunities during the COVID-19 pandemic.

UrbanArts has taken to Zoom with a gusto. Weston’s finest arts organization now offers 1o programs online. And if the video below is anything to go by, the production quality is a whole lot higher than I’m getting from my pre-coffee 320×160 nose cam.

UrbanArts is proud to introduce Art From Home with Star! Join artist and arts facilitator Star Nahwegahbo as she teaches you fun and simple arts activities that you can do at home with everyday items!. In the first video, Star teaches you how to make mushrooms out of DIY air dry clay. Save the mushroom you make as part of East End Arts’ Toronto Mycelial Network, which they invite artists and makers to spend this time making any interpretation of a 3-dimensional mushroom that can fit on a 2”x2” square. #InvisibleNetworkTO #UAFromHome @starnahwegahbo @eastendartsto

Good content can’t be cheap, and their biggest fundraiser of the year was cancelled. UrbanArts says, that as a result, “we need to raise $10,000 by May 30th to ensure that our programs continue to meet the needs of our community once we return to normal activities.”

You can donate online through CanadaHelps.

UrbanArts has started posting online programming until we’re all ready to get back to work. Some of the programming has included:

New arts activities are posted every day on their Facebook page.

Much of Weston—and the city—is shutting down to flatten the curve. Here’s a partial list. Please help if you can by leaving a comment below. I’ll update as possible.

Black Cat, Weston’s finest café, has an offer for you if you’re having a hard time getting to the store. Justin says that if you can’t make it to the grocery, he can order in baked goods, eggs, and milk for you. Justin, you’re a hell of a guy.

P&M’s is offering to order meat, sauce, and seafood, if you’re in a tight spot.  I love you guys!

Weston: I know it’s damn hard to go to the stores these days.. and not trying to capitalize on that, just trying to help; if anyone needs some bread you can individually direct message me and I will organize a day or days that I can order in what bread you want so you don’t have to line up for bread at the store.. also I can do the same for milk and eggs.. my suppliers will have it covered and deliver. If anyone wants to arrange this send me the messages with the quantities and I will get it

UrbanArts announced its programming for 2020, and they’ve introduced a new program: Urban Threads, a fashion program that promises to teach young people how to upcycle clothing, design and sew.

There will also be after school programming, a dance program, a culinary program, and a digital arts program.

There’s no excuses for boredom over the next couple of weeks. A ton of things are going on!

The Community Place Hub will be hosting its Fall Festival on September 13 from 3 to 7 pm.

Colin Mendez Morris will be performing “Joshua Glover: The Opera” in Little Avenue Park. The opera tells the story of Glover, a slave who was freed, recaptured, and imprisoned before coming to Etobicoke. It is part of the Arts in the Parks Series.

Living Black Genius is an immersive program that highlights and connects prominent Black Canadian leaders with youth and the larger community. 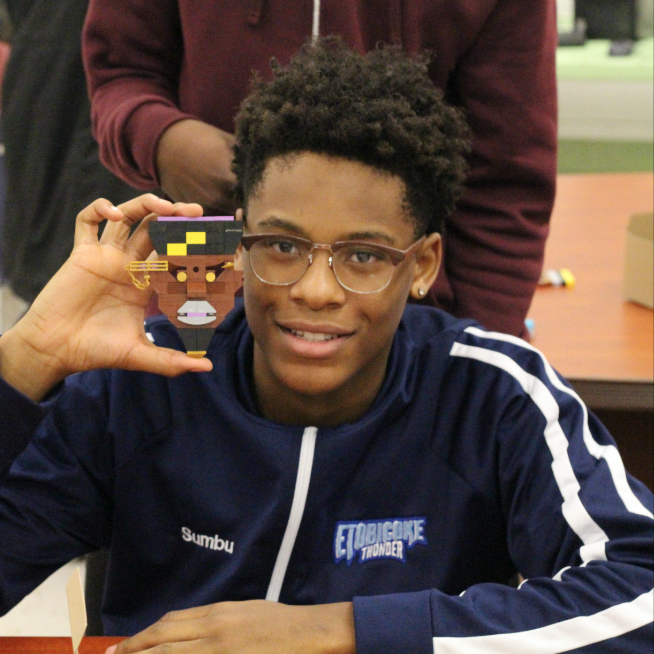 The Weston Historical Society will be having a walk to discuss the Humber River, on September 28, starting at 1:30.