We’re not big National Post readers at the Norman household, so we nearly missed a really nice article on Weston Wheels, the local charity bike shop.

Cameron Richards is being modest. When, towards the end of summer, his fellow volunteers at Weston Wheels — a new youth-operated bike shop in the priority Mt. Dennis neighbourhood — absconded to get summer jobs (ones that paid), the Grade 12 student at York Memorial Collegiate Institute worked solo, dutifully coming in four or five days a week to help the modest flow of customers with warped wheels or busted gears.

“My mom wanted me out of the house for the summer; she told me to come here,” he says with a shrug….

Only one criticism. The headline writer says that Weston Wheels is in Etobicoke.

In 2010, Lucita Charles was murdered just outside of Weston, on Harding Avenue, near Jane and Lawrence. Charles was the 27-year-old mother of a severely disabled child. She had come from St Lucia to provide a better life for her son, 7, who has cerebral palsy.

The trial of Patrick Kirk Barrett, her boyfriend, began yesterday.

If you despise violence or hypocrisy, stop reading now.

Yesterday, the jury watched a video of the interrogation of Barrett. He “describes himself as a devout Christian who did missionary work for his church. He said he met Charles at church and hoped to eventually marry her.” According to CTV he tried to plead guilty to manslaughter but was charged with second-degree murder.

Barrett was arrested in Oshawa after a manhunt.

Parliament is back in session, and Mike Sullivan, our MP, has been a busy man. This week he spoke at great length against bill C-43, the “Faster Removal of Foreign Criminals Act”. The bill would allow deportation without appeal of non-Canadians who commit a crime in Canada that carries a sentence of 6 months or more. Presently, non-Canadians who commit a crime that carries a sentence of two years or more have no right to appeal. The bill would also allow the Minister of Immigration to deny or grant admission to applicants for “public policy reasons”

The gist of Sullivan’s comments was this: the Conservatives are tinkering around the edges of the immigration system to appeal to their law-and-order base when what we need is more wholesale reform and better funding for settlement services. Sullivan gave a long and depressing list of the settlement agencies that have been cut in York South–Weston to prove his point.

…It is difficult to imagine that so much time and effort is being spent on this kind of thing instead of on the real problems that face immigrants in our country …. My riding has seen cut after cut in immigrant settlement services to the point where some organizations have folded altogether. Is that because we have fewer immigrants coming to my riding? No, there are lots coming to the riding. In fact, there are two apartment buildings that are now full of Roma refugees in the last two years, so much so that the superintendent has had to go out and hire a Hungarian translator because he cannot communicate with these people. They are coming to the riding in great numbers but the services that they are asking for keep disappearing.

We have a 6% cut at Access Alliance; a 4.2% at COSTI, which caused a layoff; a 10% cut at the Learning Enrichment Foundation. Midaynta lost all of its funding, $400,000. It has closed up. York Weston Community Services Centre lost $800,000. It closed, with twelve and a half people laid off. Languages that are no longer helped in this riding are Dinka, Nuer, Spanish, Arabic, French, Kiswahili, Russian, Farsi, Dari and Somali.

York Weston Community Services Centre was urged the previous year to sign a long-term lease. It did. The government said the organization was good for it and that it should sign the five-year lease. It signed it and then all of its budget was cut, some $800,000 gone. Northwood Neighbourhood Services lost $378,000, which caused the layoff of five settlement workers and admin staff. That is 100% of its Citizenship and Immigration Canada funds. It gets money from other places, so it is only 30% of its overall budget.

These things are happening in my riding. For the minister to tell us, bold-faced, that he is spending more on settlement services is just crazy. Community Action Resource Centre lost $305,000, which was 40% of its budget. It lost all of the federal funding. It still has some provincial funding, but it has lost 12 staff. It has caused layoffs in my riding, which is already a riding with a huge unemployment problem.

Rather than focusing on those problems, the government is going to speed up the removal of a handful of criminals, and not necessarily even the right criminals….

St John the Evangelist now has the money for a replacement school! The super-duper fantastic announcement was made by Laura Albanese today. The province will be giving an additional $5 million, bringing the total to $11.5 million.

St John has been looking for a new school for several years. The present school is outrageously overcrowded, and the entire school has had to relocate near downtown to get away from the construction on the train lines. Staff and volunteers had been lobbying for quick approval of a new school so that it could be built while the train construction is ongoing; in the past, enough money had been announced for only an addition.

Dave Bennett, a vocal proponent of a new school and Chair of the School Advisory Council, said,

What a great day for families in Weston!

St. John the Evangelist Elementary School has received $5M of additional funding to replace our overcrowded school. This funding will allow our children to return to real classrooms (not portables), and to possible grass in the playground.

The Weston Village Residents’ Association and Frances Nunziata will be hosting a movie night tomorrow in Little Avenue Park. They will be showing “The Lorax” from 8 to 9:30.

Admission is free. Bring a blanket; it’s supposed to be cool. 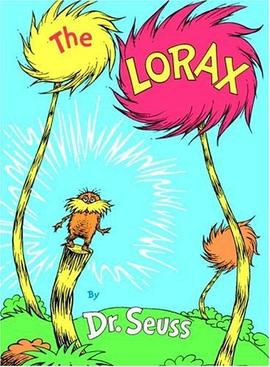 On Sunday, Frontlines will host a BIG Breakfast at the Weston Presbyterian Church at 11 Cross Street. Tickets are $12 and support Frontlines programming. Call 416-244-7017 to RSVP.

The Weston Golf and Country Club is extending an invitation to prospective curlers. This Sunday from 11–1, they will be having an open house. All are welcome.

A 17-year-old young man was mugged near Queens and Jane at 11:40 in the morning on Tuesday.  A man wearing a disguise approached him from behind behind and demanded his belongings; the suspect pulled out a pellet gun and stole the victim’s cap and sunglasses.

The victim ran away, but a second suspect, also wearing a disguise, approached and attempted to hit him. Both suspects struggled with him. The victim again escaped, but, while doing so, was shot in the face with a pellet by one of the suspects.

The victim was taken to hospital and was discharged.

Queens and Jane is becoming a crime hotspot. This is the sixth daytime mugging there this year. All six follow the same pattern: a group of young men approaches and demands the belongings, usually the cell phones, of the victim(s), usually in the hours right after school.